The Dolores Sopeña Foundation (formerly OSCUS) is a private, international, Catholic-inspired, non-profit institution dedicated to creating the necessary conditions so that people from working-class families and with fewer opportunities and / or at risk of social exclusion have access to quality, timely and permanent training.

Since its inception in 1902, the Foundation’s purpose has been to facilitate social integration and allow people from all walks of life to have the same opportunities, especially the most disadvantaged.

Currently, the foundation is present in 6 countries (Spain, Argentina, Colombia, Chile, Ecuador, and Mexico) and is dedicated to offering training services, cultural and social activities, in addition to promoting different solidarity projects. 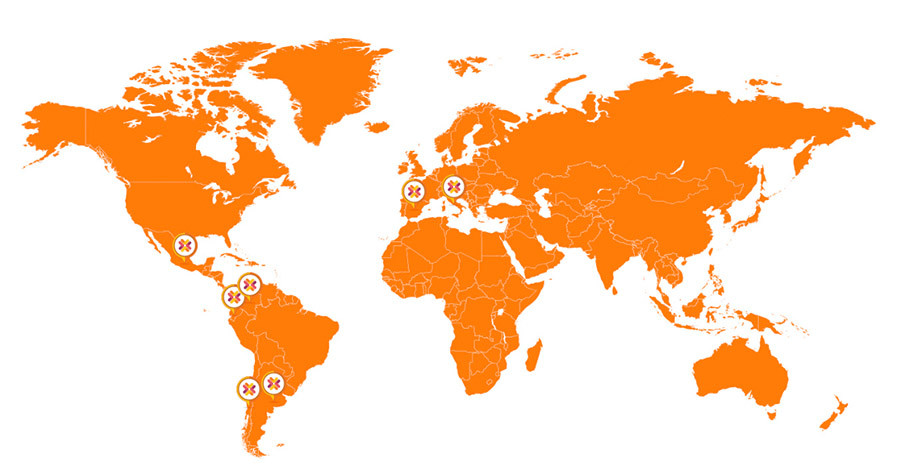 –To promote equality and solidarity, as well as continuous personal growth and collaboration in the transformation of a more just and supportive society, inspired by the model of its Founder, Dolores Sopeña.

– We want to be recognized as an effective entity, specialized in the comprehensive training of young people and adults.

– We want to optimize the quality of our services.

We are a family open to everyone. We offer warm hospitality to all who want to be part of it. We welcome with joy, we deal with you, we are here to listen and we know how to help.

We are a respectful institution that is open to all kinds of diversity. Empathy is a value that unites as we accept the circumstances of each and every person. With avoiding prejudices, we are always recognizing the dignity of every person as a human being.

RISE UP TO THE CHALLENGE

As a foundation we reach out to those who need our support and offer them help to build their professional lives and improve their social integration.

We encourage each best to be the best version of themselves. We promote personal growth that arises from true integral training. We want to give hope for a better future, professional and personal growth and for a dignified incorporation into a society for young people and adults who may need it. 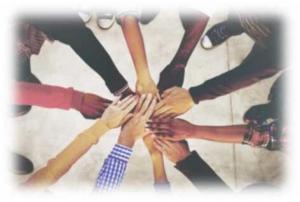 We create channels of mutual aid and offer support through solidarity in education and friendship. Therefore, many people can integrate themselves socially and professionally in the workforce.

Our dream is to make the world a better place where we live as family. We facilitate the union between groups of different people, from various countries and social sectors which make up our institutions. We include social skills and attitudes through respect for diversity with the idea that we are all equal.

SLOGAN: “THE OPPORTUNITY TO IMPROVE YOURSELF”

Today’s society is very different from the one Dolores Sopeña had lived at the end of the 19th and early 20th century, however the obstacles and challenges remain.

➢There are civilizations which live in subhuman conditions and find it extremely difficult to immerse themselves into a new world with technological demands.

In this new context, the Dolores Sopeña Foundation Centers continues to be a powerful response: “The social challenge with which they were created is still valid: working for the dignity of the human person and for their rights, providing a word of hope and commitment with the fate of people with fewer opportunities, to offer them an opportunity to excel, hence our motto: “The Opportunity to Surpass yourself”.

HISTORICAL REFERENCES ABOUT THE FOUNDATION 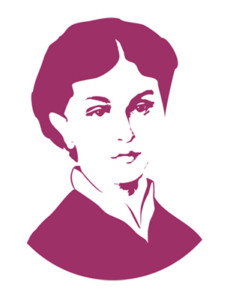 Dolores Sopeña was born in Vélez Rubio (Spain), on December 30, 1848 and died in Madrid on January 10, 1918. Her action takes place in different towns and cities in Spain, as well as in Latin American lands.

Wherever her father was destined for her work, she found a way to do good. In Almería (Spain), and at only seventeen years old, she cares for the needy, a man with a leper, two sisters sick with typhus. As she grows in age, her conviction grows.

In Puerto Rico and Cuba she founded centers where women who admire her work, dedicate themselves like her to helping and transmitting hope to the most disadvantaged.

Dolores Sopeña was born in Vélez Rubio (Spain), on December 30, 1848 and died in Madrid on January 10, 1918. Her mission takes place in different towns and cities in Spain, as well as in Latin American lands.

Wherever her father was destined for her work, she found a way to do good. In Almería (Spain), and at only seventeen years old, she cared for the needy, a man with leprosy and two sisters sick with typhus. As she grows in age, her conviction grows.

In Puerto Rico and Cuba she founded centers where women who admire her work, dedicated themselves like her to helping and transmitting hope to the most disadvantaged.

In San Juan de Puerto Rico, she opened Sunday Schools, aimed at the most remote sectors of society and the marginal population, in which basic education is taught and various social services were provided.

In Santiago de Cuba she founded her first Training Centers on the outskirts of the city. There she began to outline her methodology, based on rising up to challenges and invites everyone to participate in human training activities, while meeting their basic needs.

In 1877 Dolores returned to Spain and continued her work by opening Centers on the outskirts of the big cities to offer training and basic education to the masses of workers who had emigrated from the countryside to the city.

In just four years, her mission expanded throughout various neighborhoods in Madrid between 1897-1901. Dolores Sopeña traveled incessantly to establish the Association and the then-called “Workers Training Centers” throughout Spain.

A woman with many dreams and projects, she committed herself to many people and collaborated in the Centers in various ways: training classes, caring for people and providing resources.

In 1902, she founded a civil association (today called the Dolores Sopeña Foundation) that has remained active throughout the 20th century, responding to the challenges and needs of the time and place in history.

In 1914, she began her expansion in Europe and in 1917, months before she died, she opened her first centers in Latin America.

Currently her mission is still very much alive with a presence in 14 Spanish cities and 5 Latin American countries (Argentina, Colombia, Chile, Ecuador and Mexico). Her work continues thanks to the Dolores Sopeña Foundation, which encompasses her entire civil network: primary schools, secondary schools, vocational training centers and civil centers.

Students, teachers, collaborators, donors and thousands of people fulfilled with the kindred spirit of Solidarity, have kept Sopeña’s legacy alive. Dolores was an exceptional woman, as she was recognized and beatified by the Roman Catholic Church in Rome in 2003.

The Sopeña Foundation develops its mission through:

– Centers for Women’s Growth of Opportunity.

– In towns, neighborhoods, cities: all those places in the world where we promote #Theopportunitytoovercomeyourself.

The Sopeña Foundation offers integral training in four areas with the aim to form well-rounded people.

EDUCATION. Teaching and activities that develop the capacities of each person and provide comprehensive training with the resources and skills necessary to grow and live in society.

CULTURE AND COEXISTENCE. Recreational activities, games and celebration, coexistence, that serve to promote the meeting, to share and enjoy.

SOCIAL RESPONSIBILITY AND SOLIDARITY. Solidarity and social participation initiatives that include individual care for people in need, coordination and participation in integration, solidarity, development or social awareness projects, etc. 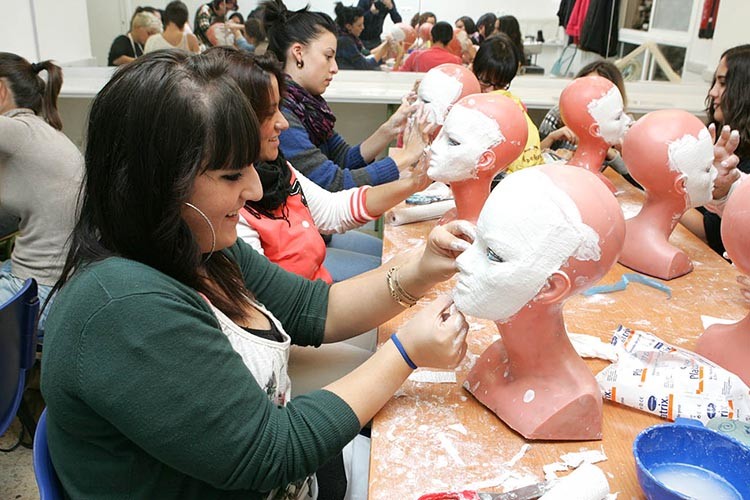 The Dolores Sopeña Foundation promotes development projects and humanitarian campaigns in different countries, making it easier for anyone to exercise their spirit of solidarity as a volunteer. With the help of others, improvements have been made in equipment and facilities, study grants have been provided and aid to cover basic needs: in health, housing, food, etc.

The Foundation collaborates with the countries where it is present with different organizations carrying out solidarity projects where it is needed the most. Above all, with special attention to developing countries, in order to offer more opportunities for personal growth and social integration.

WHO WE WORK WITH

The Foundation targets working-class families, especially for those with fewer opportunities through support and promotion. We also address the most favored, enabling them to develop their solidarity dimension to contribute to the construction of a more just world.

“At the Dolores Sopeña Foundation, we offer an opportunity for Growth”.

You can collaborate in any of the projects in the different countries or simply make a donation through the website www.sopenafundacion.org.

If you are interested in collaborating, check out how you can do so by looking at the Sopeña Donor section and indicate the amount with which you want to contribute.

Thanks to the solidarity of many people, the Dolores Sopeña Foundation continues to improve education, installations, study grants, as well as professional training and provision of basic needs: health, housing, food, etc.

You can also collaborate with your time, knowledge, skills or even take an active part in one of the Sopeña solidarity projects.

– Solidarity campaigns for developing countries in the Third World.

You can find out more about which cookies we are using or switch them off in settings.

This website uses cookies so that we can provide you with the best user experience possible. Cookie information is stored in your browser and performs functions such as recognising you when you return to our website and helping our team to understand which sections of the website you find most interesting and useful.

Strictly Necessary Cookie should be enabled at all times so that we can save your preferences for cookie settings.

If you disable this cookie, we will not be able to save your preferences. This means that every time you visit this website you will need to enable or disable cookies again.

This website uses Google Analytics to collect anonymous information such as the number of visitors to the site, and the most popular pages.

Please enable Strictly Necessary Cookies first so that we can save your preferences!

Please enable Strictly Necessary Cookies first so that we can save your preferences!